The Don’ts in Writing a Science Fiction Novel 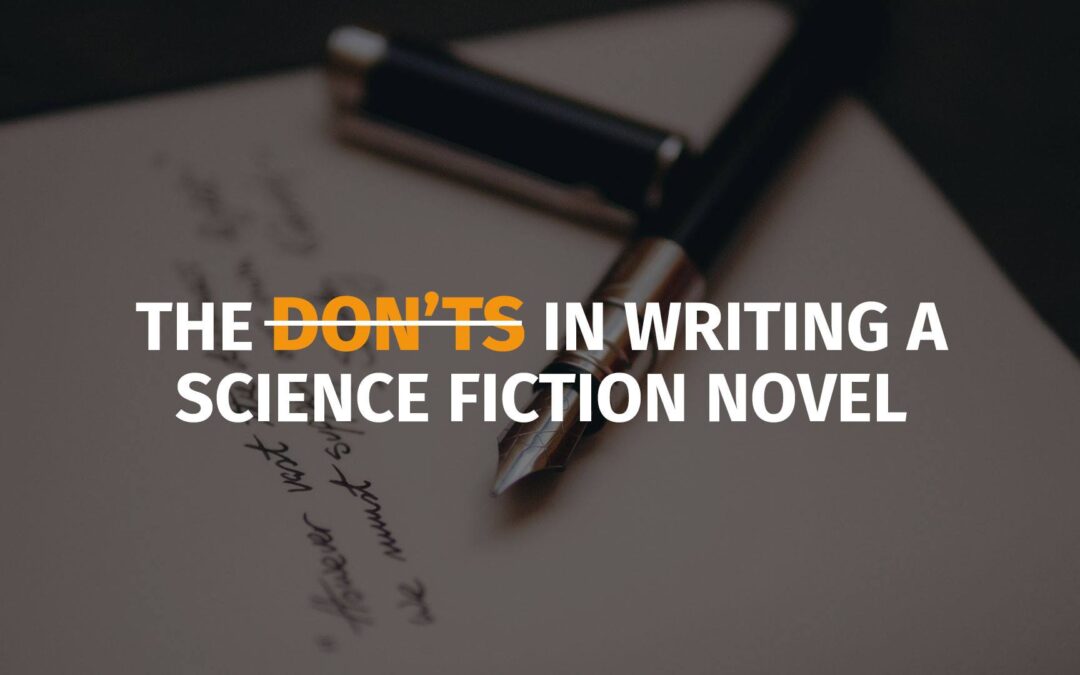 The Don’ts in Writing a Science Fiction Novel

Science is great alone, how much more added with a dash of imagination? Science fiction is definitely the genre that brings both heaven and hell to readers. Knowing that most of the events in the novels are inspired by the technological advancements from the past to the future, readers will never look at the novels the same way. Furthermore, the weight of a story becomes heavier when the scientific facts start to appear in the pages. This makes the readers feel more connected to the story because there are many fragments of science in it.

Some great examples of science fiction novels are 1984 by George Orwell, After the Battle: Kelley’s Story by S. Stieglitz, The Left Hand of Darkness by Ursula K. Le Guin, The Handmaid’s Tale by Margaret Atwood, and Divergent by Veronica Roth. If you have wanted to write one, here are the tips on what aspects to avoid incorporating in your work.

Don’t get carried away with the thought of “fiction”

The term fiction refers to a form of literature that revolves around happenings and individuals that are pigment of one’s imagination. Science, on the other hand, pertains to the search and application of comprehension and knowledge of the universe and the social world by observing a systematic way based on proof. Hence, science fiction must be constituted with both fact and fiction. That is why you need not to get carried away with the idea of having to write a fictional tale, because it is evident from the genre that it also needs some facts. Make sure to put the right amount of reality and fantasy to impress your readers and produce an impactful work.

Telling is always a no in writing a story. Why would you tell when you can always show? You are not given an ultimatum as well as a word count, so you have all the freedom to write, express, and build things that are in both fiction and reality. What showing means is that you need to describe how the place looks like and what the characters are doing, instead of directly saying that “the house is old” and “he is wounded.” Always give your readers the details that they deserve, rather than depriving them of imagining the events in the story. Let their imagination be put to work through your wonderful way of playing with words.

This is probably the most important thing in writing a science fiction work. When you are basing your setting in the past or future, do not — in any way, modify the time frame. Science is also considered as a fact, just one alteration in the emergence of the device or invention and the reliability and genuineness of your work will be compromised. That said; always follow the timeline as well as the other things that come with it, like methodology. Make sure that each aspect of that particular moment is followed, such as the scientific method, device components, anatomy of the invention, and more. Moreover, when you are jumping from one world or time to another with the use of in medias res or flashbacks ensure that you are indicating the time every transition. So, whether it is in the virtual world, alternate universe, or the quantum realm— you must never magic the time frame and transition.

Don’t force the past, present, and/or future to get along

There are many instances that authors use the flashback method. There are also times when authors bring a character from the present to the past, and likewise. Sometimes, these events can go wrong when it is forced. A story must flow freely like a river; hence, there shouldn’t be a thing that hinders the flow of the tale. When you want to mix the past, present, and/or future, make sure to pick the right dates of the two periods so that they will coincide. If necessary, add some literary devices that can help you transition from one world to another smoothly. You can also make some modifications in the characters so that they will be connected to the time that you want to highlight. There is nothing wrong with linking the different periods, because there are already a lot of works that have done it. The bottom line is, always weigh things up and make the right choices to create the best whole.